Banks, Maggie and I went to Summerfest at Skydive Chicago, where we made a bunch of jumps and generally had a great time. Notably, we put together two MIT record jumps from the assortment of alums who happened to be attending. 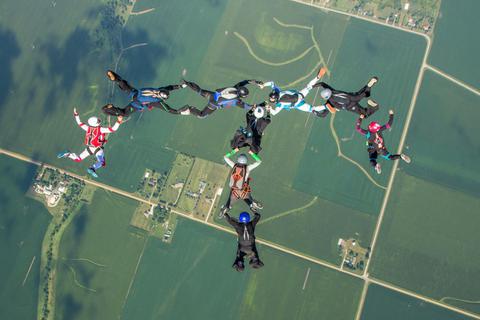 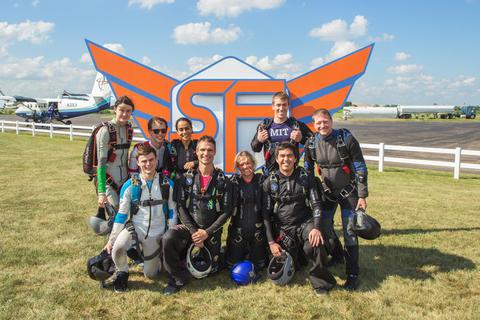 After assembling the 11-way belly jump, Banks organized a 5-way head down jump with myself, Maggie, Swati, and Steve, with JRuss on camera. Steve didn't have much head down experience, so we mostly built around him. On break-off, he forgot to turn 180 before tracking away and plowed right into me. Everyone was fine and we laughed it off on the ground. He definitely got some shit from JRuss.

I have a handful of videos clips from this event, and will probably post them here eventually.