promap is software to create projection maps. The maps that it produces can be used with video art tools such as radiance to project onto physical objects. The algorithm projects structured light using a projector. It captures the result using a single camera and computes the physical scene as viewed from the projector. It also attempts to compute a disparity map, which corresponds to depth. You can install promap using pip or read more about it on Github.

promap was written over the course of a few weekends. It's a commmand-line tool that uses Python and a little bit of OpenCV to project, capture, and process images. The algorithm it implements is as follows:

promap will do all of these for you in one go, or you can do some subset of them and alter / introspect the results at each step. 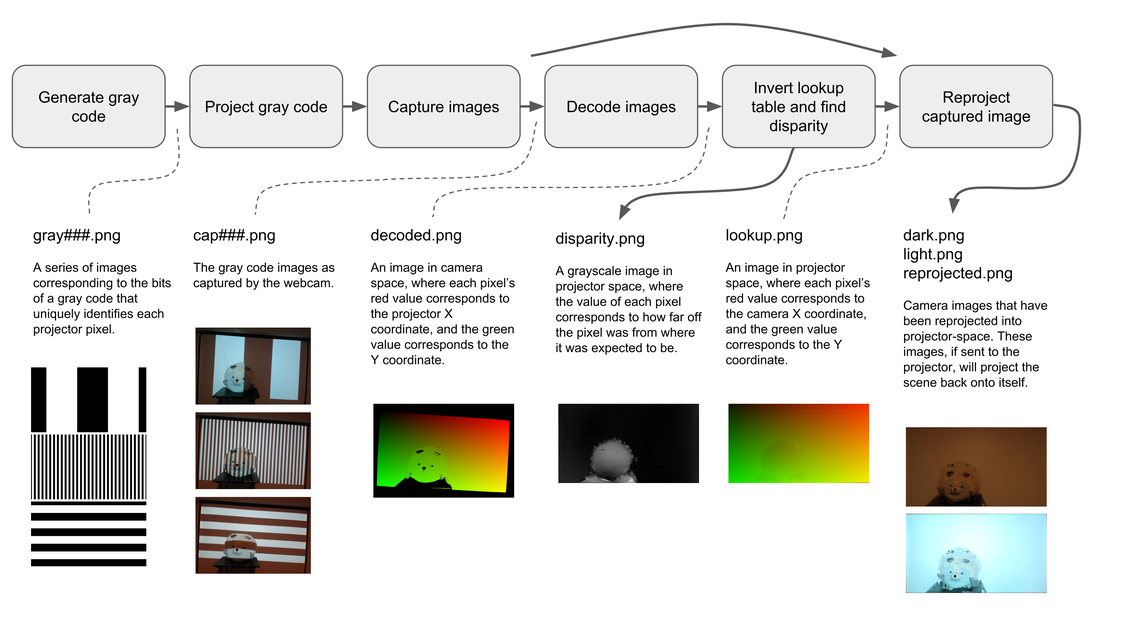 How well promap works depends heavily on the quality of the projector and camera setup. A bright projector and a high-resolution camera will produce much better results. The camera should be placed as close to the projector as possible, though placing it directly in-line with the projector will result in a low-resolution disparity map (the color map will be great, though.)

promap has seen very little use in the wild, so please let me know if you use it and like it. I've used it once to project onto an oddly shaped screen. I brought the map into an image editor and drew over the shape of the screen, and saved the result as a black and white image to be used as a mask.