Sabrina had just finished wintering over at the south pole, and had a plane ticket to anywhere in the world. She decided to plan a four-part trip that involved hiking in New Zealand, canyoning in Australia, diving the Great Barrier Reef, and climbing in Thailand. I joined for the middle two segments, and got to do some fun canyoning and diving. 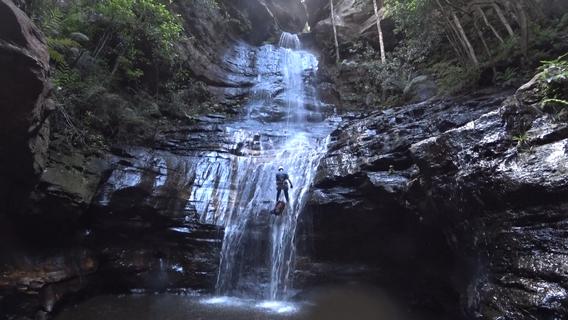 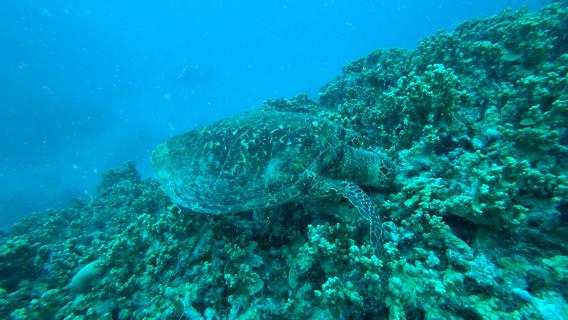 The crew for the canyoning portion of the trip was composed of Rassi, Sabrina, and me. The landscape of the canyons was fairly similar to the United States. One thing that surprised me was the amount of vegetation in the sandstone canyons. I'm used to Zion, which is basically a desert, so you get bare rock faces. In Australia, it was fairly common for a slot to open out into a short section of forest. There were also glow worms in the dark sections of the slot canyons. One of the canyons had a cave with hundreds of them lighting the ceiling. 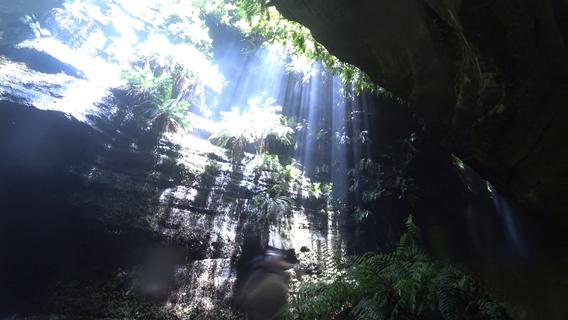 My favorite canyon was Kanangra Main. It was the only granite canyon we did, and it certainly lived up to its class-C rating. The canyon is basically just a series of several multi-pitch rappels straight down a set of waterfalls, totalling a few hundred meters. There is probably only about 40 minutes of creek walking in the whole canyon, with 20 minutes at the end. 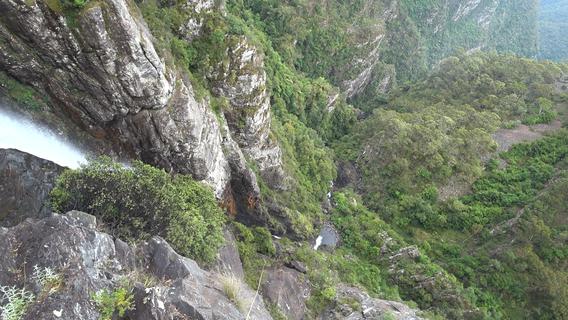 The exit hike is to go straight up "murdering gully," which the beta said would take about 1.5 hours. We started straight up the valley, and encountered several vertical cliffs, with just enough water trickling down to make them slippery. After a few sketchy climbs up these, we departed from the valley and began a meandering bushwalk with no obvious path. We got cliffed out a few times, and had to take our best guess at how to proceed upwards. The route was covered in stinging spear grass and a rare kind of tree with big flat leaves that stung much worse. After 4.5 hours we finally emerged onto the ridgeline trail that brought us back to the starting point. That night, we talked with some local canyoneers who were staying at the same campsite as us. We described the ridiculous route we took up murdering gully, complete with the sketchy climbs and stinging plants. The locals said that we had navigated the gully exactly as intended, and thought it was ridiculous that it had taken us more than an hour and a half. That night we picked leeches off ourselves, except for Rassi, who didn't find theirs until the next morning.

This experience, along with the other canyons we did, has led me to the conclusion that Aussies are way better at hiking that Americans, but slower at rappelling. They also have a strange fear of water, with many canyons calling for "lilos," or inflatable mattresses to float on down streams. We bought some and used them in the canyons, and while entertaining and novel, didn't seem necessary or practical in most situations. Nevertheless, I'm definitely considering packing one for next time I'm in the Sierras and faced with a 100' swim. Mostly, I just want to see the look on everyones face when I start inflating a pool toy in the middle of a swiftwater canyon. 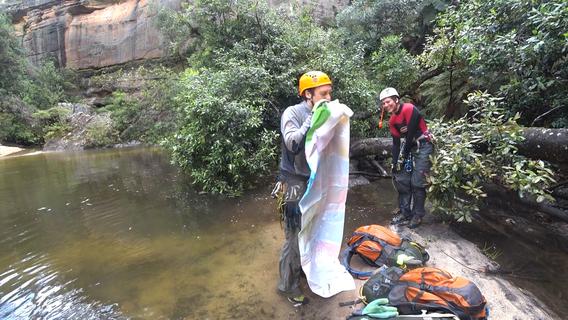 One of the wildest experiences happened not while canyoning, but while driving. We were headed for the Kanangra campground, having been warned by the book that it was a long hard drive. It was late at night and we were tired. We caught a glimpse what looked like a giant lit-up cliff face looming in front of us. The road became narrow and winding and started winding downwards. At the bottom of the treacherous switchbacks, we found ourselves at the base of the lit-up cliff. The road became one lane and went underground, through a natural tunnel formed by the Grand Arch of the Jenolan cave system. I was definitely not expecting the highway to the campsite to turn into a cave, and driving through it in the dark was a surreal experience. 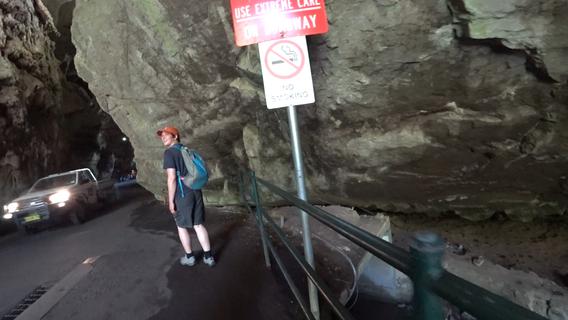 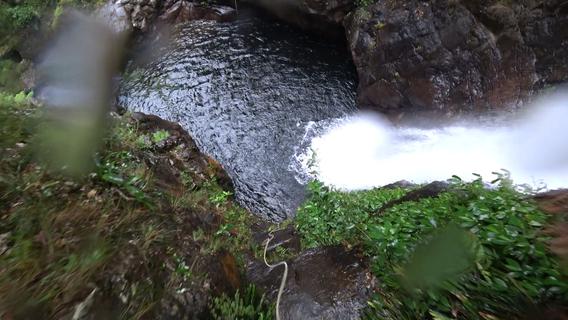 Crystal, Danny, and I were all certified before going to Australia. Sabrina was planning on getting certified there.

Crystal, Danny, and I made two dives together. The first we did unguided. I had a lot of trouble navigating, and Crystal had some bouyancy control issues which led to us getting separated. We surfaced far from the boat, regrouped on the surface, and had to be towed back in. We got a guide for the second dive, which went much better. After that, Danny and Sabrina transferred to the liveaboard vessel where they would do another dive and spend the night. Crystal and I went home.

The second day, Crystal and I made another two dives on the same boat, both guided. Our first dive had five people. One person had bouyancy control issues fairly early and surfaced. Another person got lost from the group a little farther along. Our guide indicated to me, Crystal, and the third remaining group member to kneel on the bottom and wait, while he searched for the missing group members. While waiting, the third remaining person saw another group swim by, thought it was our group, and left to join them. The instructor returned, having failed to locate any of the other divers, to learn that there were now three missing. We surfaced and waited, and eventually found everybody who had gotten lost, but there were definitely some tense moments. The fourth dive was with a much smaller group, and we had no issues.

The reef itself was quite cool, and we got to see a bunch of wildlife including turtles and reef sharks. However, the trip was plagued by poor conditions. It was rainy, which wasn't really a problem once underwater, but the moderately stormy weather made the sea incredibly rough. The 2-hour boat ride each way led to more than half of the participants getting seasick. By the second day, the boat began to smell noticably of vomit. The rough sea churned up a lot of particulates leading to poor visibility. When it was good, you could see maybe 5 meters, and when it was bad, it was hard to see 3. Given the conditions, it was unsurprising that so many people got lost. This, combined with the high cost of boat rides out to the reef, led us to only do two days of diving. 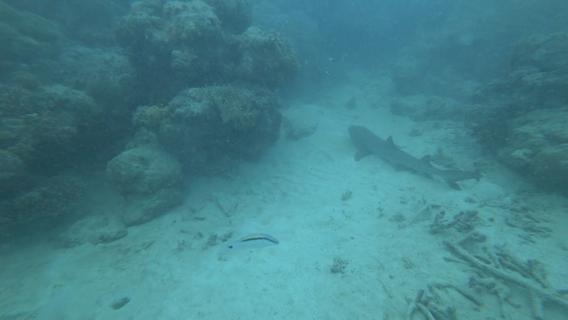 We bummed around for a few days in Cairns. We rented a car and visited some waterfalls (but didn't rappel any.) We saw the curtain fig tree and cooked some kangaroo on the barbie. We went to Chillagoe and ducked into a super awesome cave system, which we only discovered the vastness of while stumbling around looking for the exit. We even called in a bush fire we spotted while driving back, and got to stargaze in the southern hemisphere. 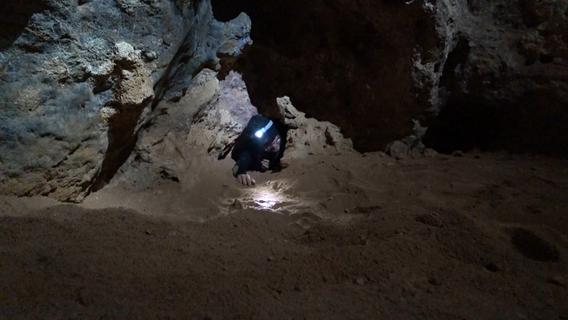